Is IQ a Good Measure of Intelligence?

The human brain is one of the most comlex objects in the known universe. It's really be measured with a so called IQ test.

In previous post I was talking about personality tests. In this post I'm talking about IQ tests. I'm just on this psychological test so don't Judge me IQ tests are interesting to me. because for over a century some people have asserted that certain populations of people (like women, men, poor people, rich people, black people, white people) but they better than others. Because they're more intelligent as a group and that intelligence can be summed up in a single number their intelligene quotient (IQ). So let's back up a second, the IQ test is not your average test you can't study for it because it's supposed to measure things like How well you can reason or how well you can find relationships between seemingly unrelated. 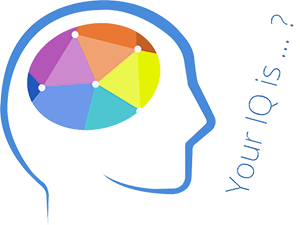 The average score is 100 lower than 70 indicates developmental delays and above 130 indicates exceptional intelligence. But I really wonder about the whole quantifying intelligence thing. I mean who's deciding what it means to be intelligent in the first place and also how on earth could we put a number on something. That seems so big and abstract for science and for those. I took mid-sized IQ Test they measure my smartness by asking things like: "if you count to 100, how many 7s will you pass on the way? I got 143 on the test so I'm pretty much genius except not really". A Canadian study published in the journal: Neuron examined over 100000 people from across the world and found that the almighty IQ test is fundamentally flawed. The researchers suggest that these type of questions grossly oversimplify the abilities of the human brain.

They analyze the results of 46,000 people have them take additional cognitive test and ran MRI scan. They identified at least three components of intelligence short-term memory reasoning skill and Verbal ability none of which were accurately assessed by IQ test. Most people don't succeed all three components and each was affected by simple things like smoking which reduce short-term memory or gaming which enhanced short-term memory. There were also gaping holes in the IQ Test in terms of measuring creative intelligence emotional, social intellgence specific skill and specialized knowledge other things. That maybe should be considered what the IQ Test did measure was how well Westerners might do in Western schools not surprising.

The IQ test was created in 1939 based on "What was being tought in schools?" Which begs another interesting question. I think do schools actually make people smarter. The researchers want to us really to enrich the ways. We can see with intellgence by creating more measures for all the various types of intelligence out there. They want to change the way we think about being smart both in the institutions that are using the IQ test to measure intellgence and on a personal level. So that our understanding is more well-rounded. It's relevant to the context and it doesn't reduce all of this guy's abilities to a number. Let me know your throught about IQs and smart is down below.
Source: DNews